The Shuswap Violin Society: A Legacy for a Violin Community

The Shuswap Violin Society: A Legacy for a Violin Community

Rhiannon, the Lady in the Red Dress , Projects & Personal Life

Fiddleheads' owner Rhiannon Nachbaur and a few adult students created a legacy for violinists and fiddlers of the Shuswap region of British Columbia.

The Shuswap Violin Society (SVS) was a non-profit society incorporated under the "Societies Act" of the Province of British Columbia, Canada, Reg # S-46521.

In 2001 Rhiannon saw a desperate need for violin and fiddle workshops in her lacking rural community. Typical to Rhiannon's hard-working manner, the concept for a single afternoon workshop grew to become the "Strings Alive Festival for Violinists and Fiddlers." Strings Alive featured two entire days of various workshops, fiddle contests, evening concerts and jam sessions and was hosted annually.

Rhiannon soon found that the tasks of organizer, emcee, teacher and nursing mother too much to handle on top of adjudicating and performing the entire day. Thus in the summer of 2003 Rhiannon sought assistance to continue hosting her Strings Alive event. Yet again, this simple concept took on a life of its own and her tiny workshop committee developed into a motivated non-profit group. Thus was the beginning of the ap Violin Society (SVS).

The group supported violinists and fiddlers in their local community by means of: 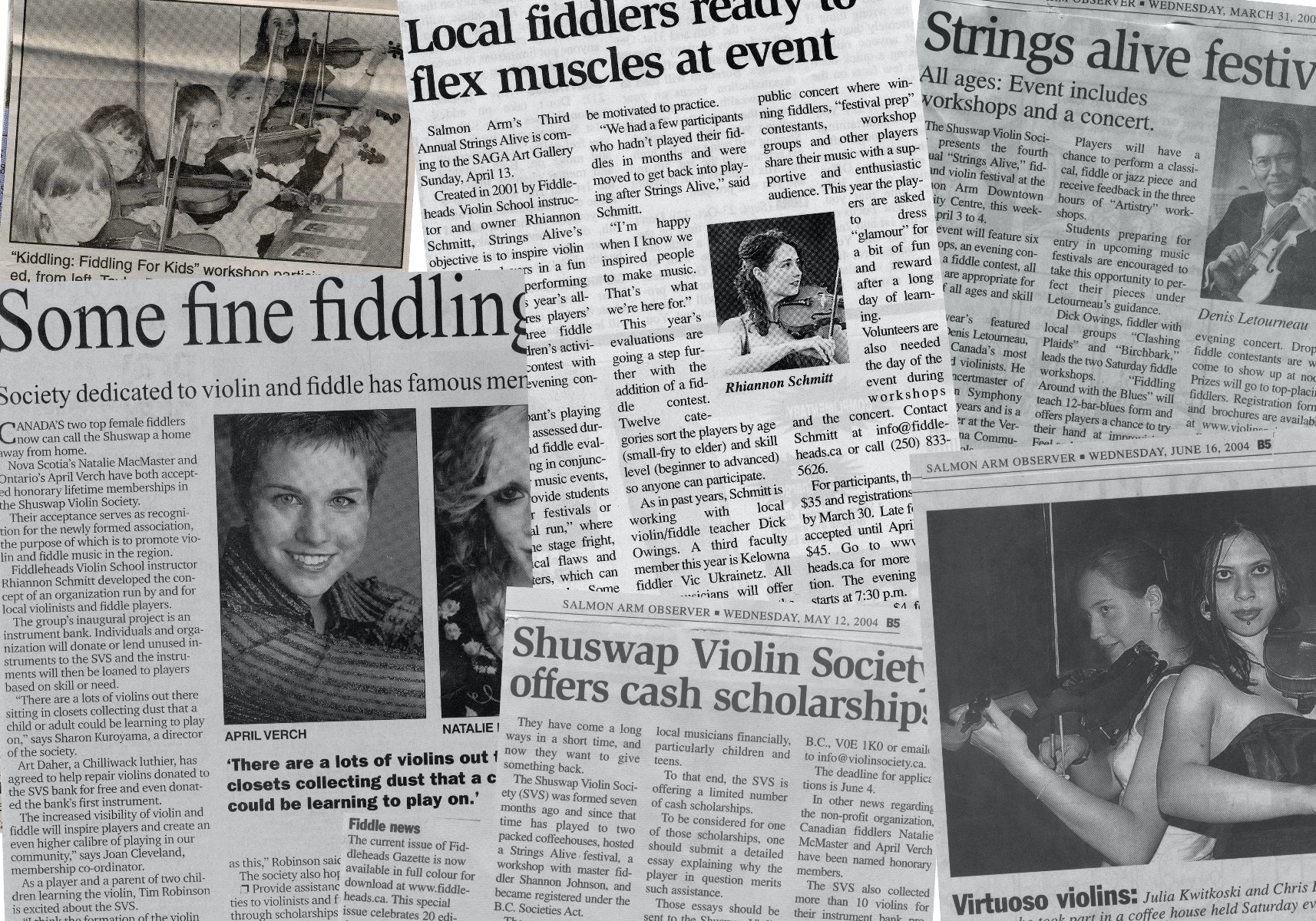 Photo: Just a sample of a few newspaper clippings from Salmon Arm, Kamloops and beyond illustrating the many programs and events offered by the Shuswap Violin Society under Rhiannon's leadership.

Rhiannon served the entire five years as Founding President with an outstanding and dedicated group of directors and members consisting of adult violin students and the parents of young students. As the fifth year concluded and Rhiannon was taking a leave to birth and care for her second child, the directors concluded the society had accomplished exactly what it sent out to do in supporting local violin music and elevating it to a whole new level. 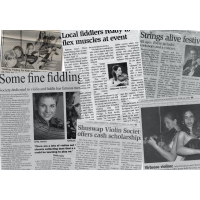